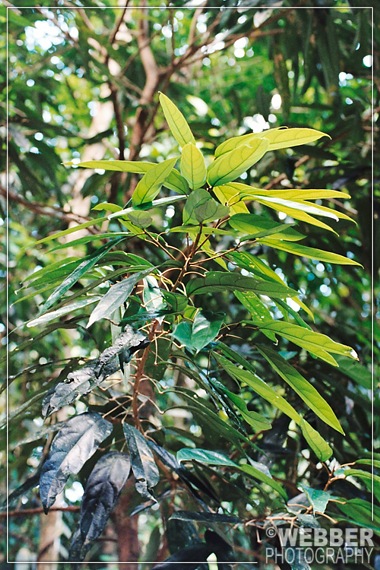 The rare Australian rainforest tree Ryparosa kurrangii (Achariaceae) has a very restricted distribution and is only known from a small strip of coastal lowland tropical rainforest in far north Queensland, Australia. Attempts at vegetative propagation of the species were unsuccessful, despite significant callusing and shoot production on field-sampled greenstick cuttings. This precluded an investigation of the relationship between cutting strike rates and plant tissue cyanogenic capacity of the taxon, which was found to be highly variable. At a population level, foliar cyanide concentration varied considerably between 0.54 – 4.77 mg CN g-1 dw. A seed treatment trial found that cassowary gut passage significantly improved germination from 4% to 92%, and we were not able to replicate this result with simulated treatments. While high levels of fruit fly larval infestation accounted for reduced seed viability, this predation was apparently reduced by cassowary gut passage.