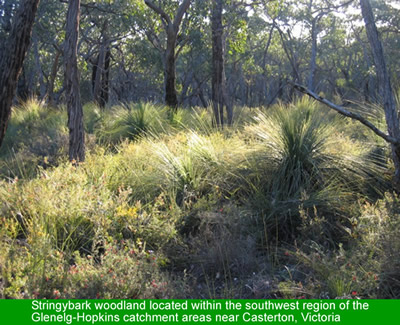 Mycorrhizal associations and root specialisations are beneficial to plants found in low nutrient soils, particularly those characteristic of Australian heathlands and woodlands. Legumes are characterised by the universal presence of N-fixing nodules, but some species have also been reported to have mycorrhizal associations and cluster roots. Seven species of native legumes commonly found in low nutrient heathy woodland ecosystems in south eastern Australia were grown in pot-culture to determine the relative importance of different nutrient strategies in growth, nodulation and nutrient content. The first pot-culture experiment used soil collected either from the field (unburnt sites with low nutrient capital) or white sand (negligible nutrient content) and with or without a soil P supplement (rock phosphate). All species produced significantly greater above- and belowground biomass, nodulation was higher (greater number and larger nodules) and N and P content was greater when grown in field soil amended with P. Viminaria juncea benefitted more from the presence of cluster roots compared to ectomycorrhizal associations while the remaining species did not produce cluster roots but had ectomycorrhizal associations suggesting a greater contribution from this root specialisation. The second pot-culture experiment investigated the effect of P supply on plant growth, nodulation and nutrient content. Apart from Acacia verticillata, there was no significant difference in above- and below ground plant biomass with increasing P supply. In contrast, nodule number and weight for Acacia verticillata and A. pulchella increased significantly with increasing P supply. Phosphorus concentration and content in leaves increased significantly with increasing P in all species but N content did not show the same pattern. Phosphorus supply had a greater effect on the extent of nodulation and presumably, N-fixation than on host plant growth. From this study it is clear that mycorrhizal associations are required for increased growth and P uptake, and, putative enhancement of N-fixation in the majority of the species studied. Further investigations are required to determine how widespread the occurrence of cluster roots and mycorrhizal associations are in native Australian legumes and if there is a taxonomic and/or ecological basis to this distribution.