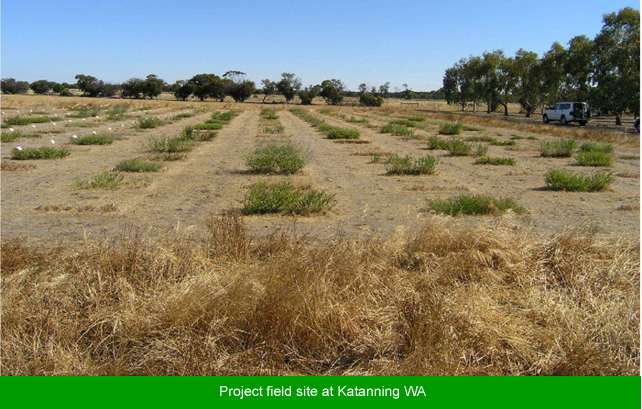 Australian native perennial Fabaceae have been little explored with regard to their root biology and the role played by arbuscular mycorrhizal (AM) fungi in their establishment, nutrition and long-term health. Some of these species, notably Cullen, are now being evaluated for use in agricultural systems. As Australian agricultural soils generally have elevated levels of phosphorous (P), it is likely that the mechanisms naturally used by the legumes, including their symbiosis with AMF, will be disrupted. We hypothesised that native legumes, grown in an agricultural soil, would host a different set of species of AMF than exotic legumes. We therefore investigated the colonisation morphology in roots and the AM fungi, identified by spores extracted from rhizosphere soil, of the native legumes Cullen australasicum, C. tenax and Lotus australis and the exotic legumes L. pedunculatus and Medicago sativa. The level and density of colonisation by AM fungi, and the frequency of intraradical and extraradical hyphae, arbuscules, intraradical spores and hyphal coils all differed between host plants. However, none of these measures consistently differed between the native and exotic legume species. Instead, there were strong similarities between species in the same genus. The three dominant species of AM fungi in rhizosphere soil differed with host plant, but one fungus (Glomus mosseae) was always the most dominant. Sub-dominant species of AMF were the same between species in the same genus. No consistent differences in dominant spores were observed between the exotic and native legume species. Our results suggest that plant host influences the mycorrhizal community in the rhizosphere soil and that structural and functional differences in the symbiosis may occur at the plant genus level, not the species level or due to plant provenance. When the non-dominant species are considered there was a remarkably high species diversity of around twenty species. If these represent a remnant population of native AMF, they could provide a springboard for the regeneration of a more natural symbiotic system as native plants are re-introduced and the effects of agriculture, such as high available P, are diminished over time.