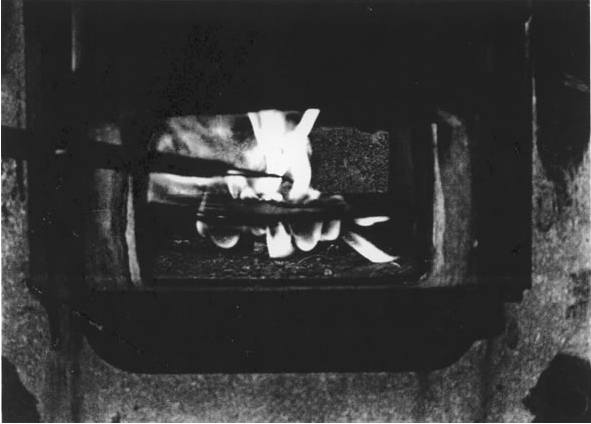 Measuring the flamability of leaves

1. Flammability a property of plants readily appreciated in a general sense but difficult to define scientifically. In this report ‘flammability’ is considered to consist of three components viz. ‘ignitibility’ or ‘ignition delay time’, ‘sustainability’ and ‘combustability’ (Anderson 1970). ‘Ignitibility’ is the focus of the research reported here, on the grounds that if plants fail to ignite or ignite poorly then they pose less of a threat to assets they surround (e.g. houses) in a fire-prone environment.
2. Ignitibility – ignition delay time – is the time to first flaming from the time of first exposure to an ignition source. It is a property dependent on the type of ignition source (e.g. flame or radiant beater) and level of exposure We used the time of exposure in a muffle furnace set at 40O°C as the main measure. Ignition was piloted using a custom made spark gun.
3. Mature leaves, phyllodes and cladodes were chosen as the specimens of interest because they are often the first organs of a plant to ignite in a fire and their properties are likely to be those of the species rather than the environment. Properties measured as potential explanatory variables of ignitibility were specimen dimensions (including surface area to volume ratio) moisture content and mineral composition. Both fresh and oven dry specimens were used.
4. There has been little study of the ignitibility of leaves, phyllodes and cladodes (‘leaves ‘) of Australian plant species. This study concerned the ignitibilities of mature leaves of 50 species from 19 families. The specimens were collected from plants in the grounds of the Australian National Botanical Gardens, mainly, but also from the grounds of the CSIRO Black Mt campus (5 species) and the Australian National University (1 species).
(5) Ignitibility of the materials tested varied widely. Some leave ignited quickly and burned fiercely while others were difficult to ignite. The results could be largely explained in a statistically-significant way using only two variables – moisture content and surface area to volume ratio. Any affect of mineral content on ignitibility was it masked by correlations with some of the physical dimensions of the specimens.
(6) The method used in this study could be used as a screening technique for determining the ignitibility of the leaves of many species but techniques for the measurement of the ignitibility of shoots with tiny leaves need to be evaluated.
( 7 ) The flammability of plants is a function of their intrinsic properties, the environment and horticultural or other management practices. It is difficult to adequately describe the flammability of a species became of these factors and the effects of life stage (from seedling stage to senility). Even the description of the flammability of a single plant will have major problems for these reasons. Direct measurement is fraught with difficulty. Despite these problems there are attributes of major importance to the determination of flammability (in broad terms) that may be considered in a semi quantitative way. There is a need for a new key as another step towards the development of a flammability rating of plants (rather than species).